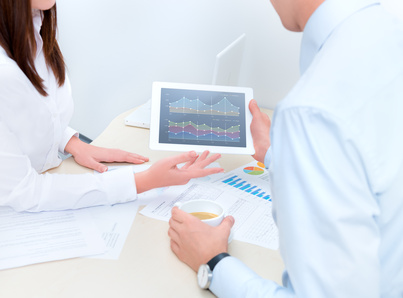 The market has been flooded with a multitude of gadgets that can ultimately make it difficult for consumers to decide which product is right for their needs. One case is laptops and tablets. Which device is superior? Can the tablet kill the market demand for laptops?

It will be helpful to first define a working definition of both gadgets. Laptops are a mobile personal computer; everything that can be done on a desktop can be done on a laptop. They have made great strides over the years in terms of computing power and are a go to for most consumers. Tablets, on the other hand, are much newer in the market. They are very compact and lightweight and can be used for specialized business like graphic design and music but are much more toned down in scope than laptops. They don’t have they processing power laptops carry and the functionality of tablets as a device solely for computing is limited.

Back to the question at hand: can the tablet reign supreme or will the laptop retain its crown as the go-to mobile processing device? It all depends on what a specific consumer is looking for. A better choice for casual browsing of the internet or simple flash games would go to the tablet. Tablets prioritize simplicity and are designed based on the principles of touching the screen to explore the interface. Specific niches of users may find tablets more useful for their purposes such as DJ’s or artists because their line of work is more supported by tablet with specific applications as time goes on. Other specific consumers such as hardcore gamers or research-heavy users will more than likely find a tablet to be less useful than a laptop. Essentially, if you as a consumer need to do something more than checking email, watching video, or playing games, buy a laptop. However, tablets do make nice companion devices to a laptop. It should be noted that there are different types of tablets. One is the kind that runs on operating systems similar to smartphones, such as the kind made by Apple and Android. The second type is a Windows 8 tablet which has the ability to run the same programs as computers and are compatible with the same files, making them a much more professional alternative to the well known iPad, but they still contain less internal memory than a laptop.

Another factor in the battle of laptop vs. tablet that cannot be overlooked is the price. Tablets do tend to have less functionality than laptops but they also tend to be cheaper. There isn’t any reason for the casual internet user to spend very high amounts of money on a laptop with bells and whistles that won’t ever be used. Low-end laptops still generally run a higher amount than tablets and doing research on the cost against the function is crucial to making a reliable purchase. Although tablets tend to be more portable and lightweight than their laptop counterparts, devices such as the Macbook Air or other ultrabooks are reliable laptops that rival tablets portability without sacrificing performance. When it comes down to it, there is no clear “winner” in the laptop vs. tablet debate. There is only a decision that is right for individual consumers.