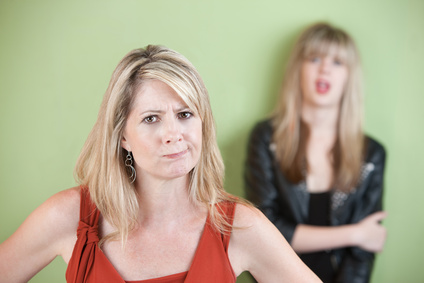 If you own an iPhone, it has been storing your location data since you first turned it on.

Prior to iOS 4.0, general location data was stored in inaccessible files in the iPhone’s storage. The information was only accessible to Apple employees or those with jail broken iPhones who could access files that were attached to the iPhone backup data packets. Since the iteration of iOS 4.0, however, location data has been stored in unencrypted backup files on your iPhone and computer that are easily accessible. Whenever the iPhone is synced to the computer, all the data gathered from the GPS is transferred over to the local files on the computer. If you know how to access them, anybody can view those files by exporting the geodata to an interactive map. Should you turn the GPS feature off and are still using Google Maps or a similar navigation app, the data is still received and used to approximate your location.

But why is this information being gathered? There are a couple theories, one being that Apple is using the information from the iPhone’s GPS to gain information on the strength between the phone and cell towers. Or, for developers using location data on applications, it is crucial for the information to be available so the app performs in a reliable manner. So have you ever lied about where you were to your mother? Because the iPhone sees right through that. Apple has admitted to storing your geographic data so it can improve its geolocation services. Some reports, however, do suggest that at the very best the only information being sent is the cell tower that the user’s iPhone is connecting with and that the time frame for which the information is collected is up to two weeks incorrect. Nothing as specific such as home address or jogging route is collected.

This is not a call to throw your iPhone down a very deep hole in hopes that “big brother” stops tracking you, because that is not necessarily the case here. There are implications that could be discussed outside of this blog writing such as the necessity of permanent storage or the ethics of being able to know where an individual was at any given day or time. At the very least, there may be some of you that are wondering if there is a way to stop the recording of your locations. Since the data is considered diagnostic information, it cannot stop without tweaking your iPhone by jail breaking it and using specifically coded apps to cancel the feature. With a jail broken iPhone, a user can also encrypt backups to prevent others from accessing it on the computer after they sync. So ultimately, the data collection of a user’s location chalks itself up as not a serious threat. Yes, there are those who will call this a blatant invasion of personal privacy, but the fact of the matter is that the feature 1) cannot become too specific at the threat of losing customer trust across a huge support base or 2) there are individuals tech-savvy enough to turn this feature of all together. So unless you don’t want your mother to know what you were doing last Friday night, just be careful about how you handle the syncing.